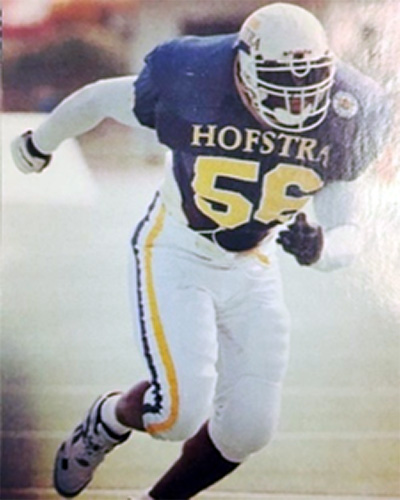 Herve Damas played for Brooklyn Tech from 1986 — 1989. He was named to the Brooklyn Big 44, All Brooklyn, All City and the USA Today Top 100 Prospect team during his senior year, while also being named Defensive Player of the Year in Brooklyn. At Hofstra, Herve was a three-year starter at linebacker and received a number of accolades. He signed a free agent contract with the Buffalo Bills in 1995. Herve pursued a career in medicine and founded Grassroots Medicine and Wellness.