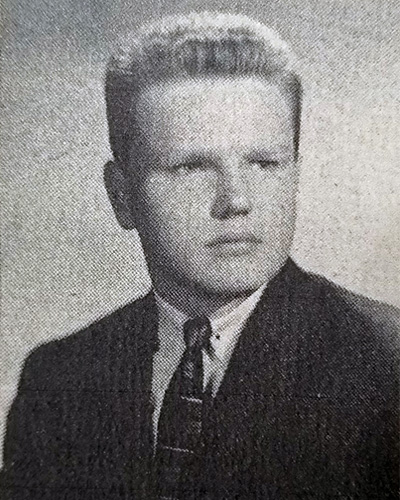 Walter graduated from Brooklyn Tech in 1957. He was a two year starter at running back and was Captain of the team in 1956 when he led the PSAL in scoring with 129 points. In his final game against Jefferson, George scored 4 touchdowns helping Tech complete an undefeated season and claim a share of the Mythical City Championship. He received the Milde Memorial award at the team awards dinner.

Walter served as the President of the Tech Student Government Organization and was also a member of Arista.

Upon graduation from Tech, Walter received an appointment to the U.S. Naval Academy at Annapolis. He played football and sang in the choir. He graduated The Naval Academy with a degree in Naval Engineering and served the next 20 years as an officer in the Nuclear Submarine Division of the U.S. Navy.

Walter retired from the Navy in 1981 completed his career in the real estate business.