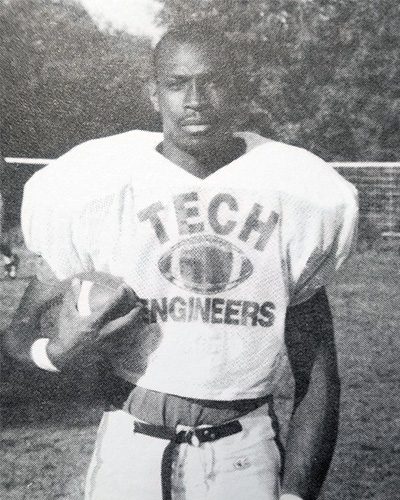 Roger graduated from Brooklyn Tech in 1996. He was a two way player at linebacker and tight end. He was a three year starter at linebacker. Considered to be the anchor of the stellar defensive unit that captured 1995 Brooklyn Championship, Roger earned many post season awards in his career. He was All Brooklyn, All City and an All State player in his senior year.

Roger attended the University of Wisconsin on a full athletic scholarship. He played in the 2000 Rose Bowl where he was selected the Defensive Most Valuable player. Drafted in the sixth round by the Pittsburgh Steelers in 2001, he played for the New Orleans Saints for four seasons.

After his NFL career, Roger returned to Wisconsin to complete his undergraduate degree. He is a practicing Engineer, having earned a Master of Engineering Management from the University of Wisconsin.