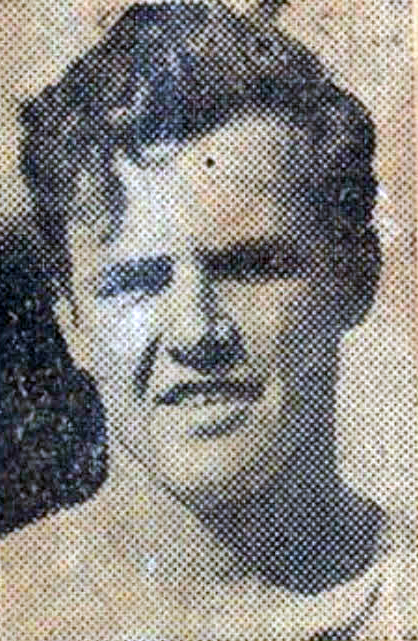 A 3-year starter as running back, team captain in 1944. He was 1st team Brooklyn Eagle all-star as both a junior and senior. AL set the PSAL scoring record with 144 points as a senior. As a Junior in 1943, he led Tech to its first City Championship. He was the winner of the Robert Dznev Award (MVP). He went on to star at Lafayette College. After College he went on to serve in the Navy during the Korean War. He continued after the war to play semi-pro football for a team in Brooklyn. Al was the father of 8 daughters. Later in life he returned to football as a coach for the Brooklyn Hurricanes Sandlot team. He passed away in 1973.