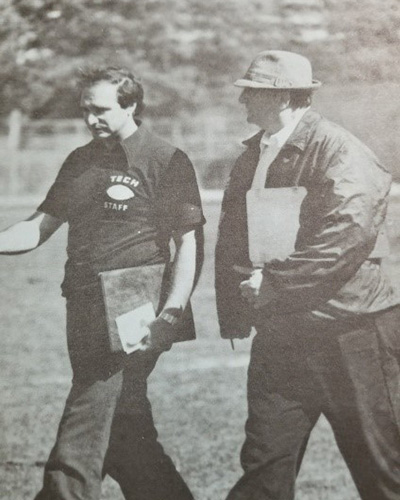 Joseph Cuzzocrea began teaching and coaching at Brooklyn Tech in the fall of 1965. He coached under Coach Adam Cirillo until 1969 and became the head coach in 1970. Joe coached for 16 years — winning six division championships and appearing in two semi-finals and one appearance in the PSAL City Championship. He was named First Team Daily News Coach of the Year in 1972. Coach Cuzzocrea retired from teaching in 2001 and sits on the Board of Directors of the Adam J. Cirillo Scholarship Foundation and is a founding member of the Brooklyn Tech Football Hall of Fame.