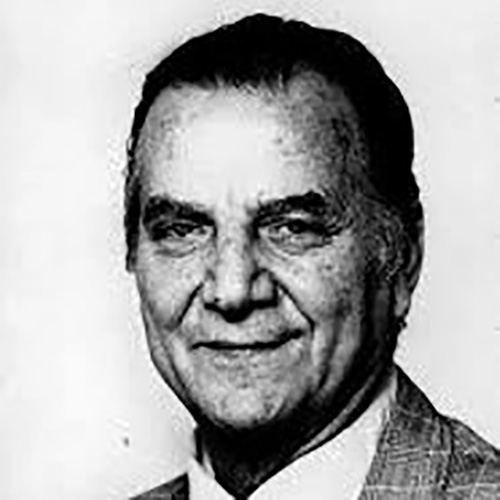 Adam J. Cirillo excelled in many sports at Tech including baseball, track, swimming and most notably football. In 1927 he received football honorable mention honors from the Brooklyn Eagle and in 1928 they named him to their all-star team for his exploits as an offensive end on the gridiron. In 1929 Adam entered Lafayette College on a full academic/athletic scholarship. He started as an end on the football team for 4 years. In 1932, his senior year he was named team captain and went on to earn little All American honors and graduates with a degree in Civil Engineering. Adam eventually returns to Tech to begin his career as a teacher. He would later attain the position as chairman of the structural engineering department. In 1939 he was able to bring football to Tech after a 6 year hiatus. Adam served as head coach from 1939-1969 and led his team to 10 city championships.

Although Adam was known for his accomplishments as a player and coach, his true mission at Tech was his belief that each and every one of his players should be afforded the chance to attend college. He believed that playing football was a means to an end. In 1967 he helped create the scholarship foundation that bears his name and helped many a player to attend college despite financial hardships.

This may be his greatest legacy.